The Politics of Species: Reshaping Our Relationships with Other Animals (Hardcover) 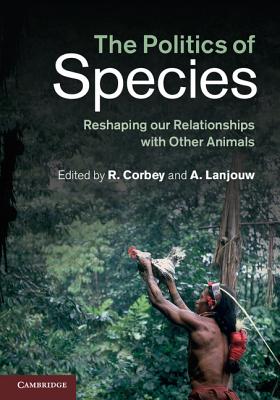 The Politics of Species: Reshaping Our Relationships with Other Animals (Hardcover)


Not On Our Shelves—Ships in 1-5 Days
The assumption that humans are cognitively and morally superior to other animals is fundamental to social democracies and legal systems worldwide. It legitimises treating members of other animal species as inferior to humans. The last few decades have seen a growing awareness of this issue, as evidence continues to show that individuals of many other species have rich mental, emotional and social lives. Bringing together leading experts from a range of disciplines, this volume identifies the key barriers to a definition of moral respect that includes nonhuman animals. It sets out to increase concern, empathy and inclusiveness by developing strategies that can be used to protect other animals from exploitation in the wild and from suffering in captivity. The chapters link scientific data with normative and philosophical reflections, offering unique insight into controversial issues around the ethical, political and legal status of other species.