Martin Gardner: The Magic and Mystery of Numbers (Compact Disc) 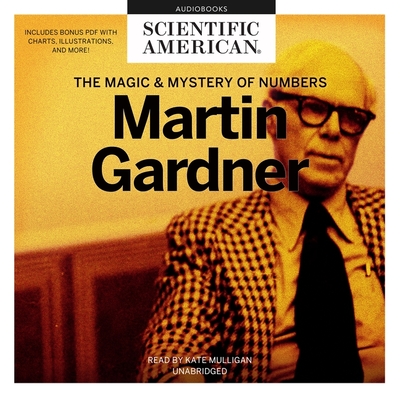 Martin Gardner: The Magic and Mystery of Numbers (Compact Disc)

How many people achieve a cult following because of their writing in mathematics? Only a handful, and Martin Gardner is among the most well known and well loved. Not only did he present a notoriously difficult subject in an engaging and accessible way, but in doing so, he attracted an incredibly broad readership. His correspondents ranged from academics like Roger Penrose and John Horton Conway to artists MC Escher and Salvador Dali to writer Isaac Asimov. His "Mathematical Games" column in Scientific American ran nearly every month for twenty-six years and was one of the most popular in the magazine's history.

In this anthology, we strove to create a new "slice" through his wealth of material. Here, we focus on all flavors of numbers, from common integers and negative numbers to figurate numbers and the exotic random number Omega, which can be described but not computed.

Some of these columns are less well known, but they are no less fun. In true Gardner fashion, they leap from magic and games--as well as art, music, and literature--to flashes of deep mathematical insight. We hope that they will prove as inspirational now as they did to earlier audiences.