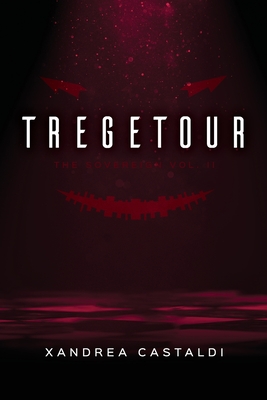 Four years post-Occupation, the new Union Republic is open to the world. President Jackson Dasherian has called in reinforcements from all territories to realize the dream of an independent nation. But citizens are suffering the Occupation's brutal aftereffects, Union loyalist groups have emerged, international security laws are revisited, and the International Governance Council threatens to launch an investigation amidst natural disaster. Isolated, Dasherian weathers virulent political terrain and turns to the only person he can trust: Aria Martinelli.

However, Aria and Deacon Martinelli have escaped the public eye only to face the personal consequences of the Occupation, and an uphill battle of new secrets and old lies that threaten to tear their world apart. And a call that should've helped Dasherian resolve his dilemma only sparks even greater turmoil for Aria and Deacon, as they're aversely thrust into a political battle for their unstable nation, now against forces foreign and domestic. Yet, formidable opposition brings unlikely alliances.

Driven to confront personal demons and protect their homeland, Aria and Dasherian are forced to employ abandoned tactics to make decisions they never thought they would, and others they never wished to repeat. Those decisions could unify the Republic and its unexpected allies - collapsing old-world power structures and putting their enemies on notice. Or, it could suffocate a Republican world power before it's fully restored. However, as power and manipulation become indecipherable, they learn that sometimes the only people they should trust are their enemies.