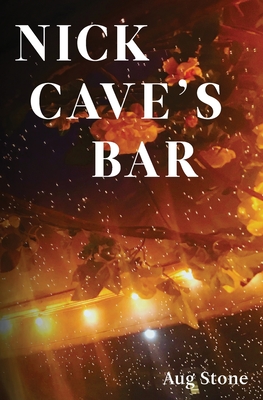 
Not On Our Shelves—Ships in 1-5 Days
A mission to find a mythological watering hole... In June 1999, Aug Stone and his best friend flew to Germany to find the bar they had heard Nick Cave owned in Berlin. They assumed they would get off the plane, ask 'which way to Nick Cave's bar?', and then spend the rest of their time living it up amidst the wild world of its confines. Instead what followed were nine days of confusion, thwarted plans, and perpetual drunken misery. To this day, they're not sure Nick Cave ever owned a bar in Berlin.

Aug Stone is a writer, comedian, & musician. Stone is the author of the comedy novel Off-License To Kill, and his journalism has appeared in The Quietus, The Comics Journal, Under The Radar, and many other sites and magazines. He performs comedy as Young Southpaw, bringing his surreal stories to the world via The Young Southpaw Part Of An Hour podcast and 'blends the arts with the absurd' on his interview show Etcetera ETC With Young Southpaw.