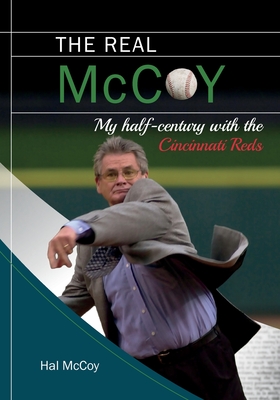 In a near-unprecedented sports writing career covering half a century (and more than 25,000 bylines), Hal McCoy crowns his own Hall of Fame career with a memoir of the Cincinnati Reds that is, by turns, brash, hilarious, and behind-the-scenes unusual. His is the storied franchise with an accent on the story.

McCoy gives fans an inside-the-dugout look that never made the daily press: the politics, the personalities, the hi-jinks, the x-rated scenes - all the classic ballpark happenings known only to those on the field.

There's the dismantling of The Big Red Machine - and what really happened to Sparky. There's George Foster's story of his Riverfront long ball off Cubs pitcher Willie Hernandez, which he described by saying, "I hit that ball so hard that Willie moved to the American League and changed his name." The reader learns exactly where Pete Harnisch hid his toothbrush, visits the scene of Sweet Lou Piniella and his gumball machine, and suffers with Pokey Reese on his worst day ever.

In short, it's the complete scoop from a sportswriter who led a charmed life and, even when faced with his own failing eyesight, managed to keep his life intact and still see more than the rest of us. The Real McCoy is one of the most readable - and revealing - books about baseball ever written