The Power And The Light: The Congressional EMP Commission's War To Save America 2001-2020 (Hardcover) 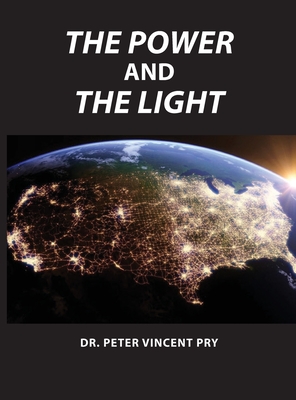 The Power And The Light: The Congressional EMP Commission's War To Save America 2001-2020 (Hardcover)

Electromagnetic pulse (EMP) can be caused by Nature or Man and poses an existential threat to our electronic civilization. A nationwide blackout lasting one year could kill millions, up to 90 percent of the American people, through starvation, disease, and societal collapse. EMP is the ultimate cyber-weapon in the military doctrines and plans of Russia, China, North Korea, and Iran for a new way of warfare described as the greatest Revolution in Military Affairs in history. The EMP Commission has been warning about the existential EMP threat for nearly 20 years. So alarming is the looming EMP threat that the Commission has gone above and beyond the call of duty, made extraordinary efforts, been waging a war against ignorance, a war against a stubborn and irresponsible U.S. Government bureaucracy, a war against powerful and dishonest electric power industry lobbies, and a war against press bias and disinformation, to save the American people from a possibly imminent EMP catastrophe. The EMP War has been and is a real war, just like the thermonuclear Cold War was a real war over ideas, science, technology, policies, and strategy to prevent, or survive, Armageddon. America cannot afford to lose the EMP War. Learn about the existential threat from EMP--and become part of the solution.