Carbon Copy: How Life Gets Better, One Step at a Time (Paperback) 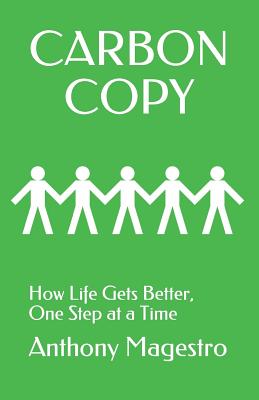 Carbon Copy: How Life Gets Better, One Step at a Time (Paperback)


Not On Our Shelves—Ships in 1-5 Days
(This book cannot be returned.)
Sometimes the world's chaos can be overwhelming, especially when you're trying to figure out who you are and what you want to do with the life you're given. In a world that seems cold and uncaring, you might feel scared, alone, and unloved. The strange thing about that is... so does everyone else. Carbon Copy is a loose autobiography based on the author's journal repurposed into letters sent "out into the wild." The book follows a young man named "T" as he copes with depression and anxiety in the wake of his grandmother's passing, dropping out of school, and trying to survive the grind of modern life. Insightful without being too heavy, T reflects on coming of age in a world increasingly reliant on technology while still remembering life before social media and smartphones. As the 21st-century world moves away from friendships and empathy in favor of follower counts and swipe-left culture, he questions the societal worth of a human life. Nevertheless, if he cannot be given that value from other people, he strives to then be able to give value to himself -- and teach others to do so in the process. Inspired by Goethe's The Sorrow's of Young Werther and Stoic philosophy, Carbon Copy is dedicated to all the people who have felt lost, alone, and uncertain of their future. No matter what you're going through, this short story proves that life has a habit of working out so long as you keep moving forward, taking one day at a time with your eyes on the horizon. Life isn't easy, but it doesn't have to be terrible either. How your story is written is ultimately up to you.