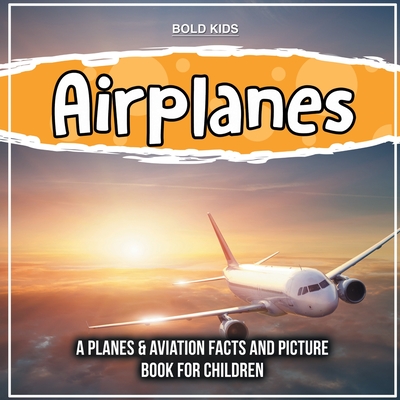 
Not On Our Shelves—Ships in 1-5 Days
(This book cannot be returned.)
Airplanes are large flying machines that use engines to propel them through the air. They come in many shapes and sizes and are used for various purposes. They are used for transportation, research, and recreation. The Wright brothers were the first to make an airplane and it flew for 12 seconds and 120 feet. Children love to build paper planes and explore the different types of planes. The Wright brothers' invention made it possible for people to fly over the oceans.When the Wright Brothers first made it possible for a motor-powered aircraft to fly, they created history. The plane flew 120 feet in twelve seconds. Their brother Wilbur tried to fly the airplane as well, but was unsuccessful. In 1903, the Wright brothers made history when they made their first motor-powered flight. Their invention was called the Wright Flyer and was the first plane to cross the Atlantic Ocean. The flight was a sensation and the Wright brothers were thrilled. However, Wilbur and Orville were unable to fly successfully.The Wright brothers were fascinated with birds' flight and spent years studying bird bodies. After his breakthrough, Giovanni Borelli proved that human muscles cannot lift the wings of an aeroplane. In 1903, Orville Wright flew the first motor-powered airplane, the Wright Flyer, which flew 120 feet in just twelve seconds. The first flight was a success, but it was not the first. Incredibly, the brothers even had a rough time achieving it.