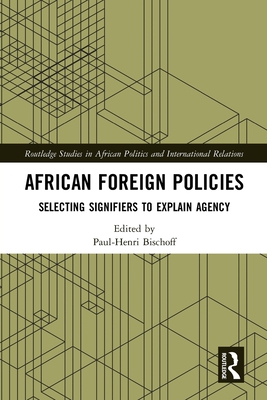 This book explores, at a time when several powers have become serious players on the continent, aspects of African agency, past and present, by African writers on foreign policy, representative of geography, language and state size.

In the past, African foreign policy has largely been considered within the context of reactions to the international or global "external factor". This groundbreaking book, however, looks at how foreign policy has been crafted and used in response not just to external, but also, mainly, domestic imperatives or (theoretical) signifiers. As such, it narrates individual and changing foreign policy orientations over time--and as far back as independence--with mainly African-based scholars who present their own constructs of what is a useful theoretical narrative regarding foreign policy on the continent--how theory is adapted to local circumstance or substituted for continentally based ontologies. The book therefore contends that the African experience carries valuable import for expanding general understandings of foreign policy in general.