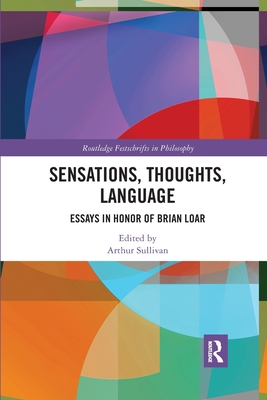 Brian Loar (1939-2014) was an eminent and highly respected philosopher of mind and language. He was at the forefront of several different field-defining debates between the 1970s and the 2000s--from his earliest work on reducing semantics to psychology, through debates about reference, functionalism, externalism, and the nature of intentionality, to his most enduringly influential work on the explanatory gap between consciousness and neurons. Loar is widely credited with having developed the most comprehensive functionalist account of certain aspects of the mind, and his 'phenomenal content strategy' is arguably one of the most significant developments on the ancient mind/body problem.

This volume of essays honours the entirety of Loar's wide-ranging philosophical career. It features sixteen original essays from influential figures in the fields of philosophy of language and philosophy of mind, including those who worked with and were taught by Loar. The essays are divided into three thematic sections covering Loar's work in philosophy of language, especially the relations between semantics and psychology (1970s-80s), on content in the philosophy of mind (1980s-90s), and on the metaphysics of intentionality and consciousness (1990s and beyond). Taken together, this book is a fitting tribute to one of the leading minds of the latter-20th century, and a timely reflection on Loar's enduring influence on the philosophy of mind and language.

Arthur Sullivan is an Associate Professor at Memorial University of Newfoundland, Canada. He works primarily in the Philosophy of Language, and in overlapping parts of Metaphysics, Epistemology, and Cognitive Science. He is the author of Reference and Structure (Routledge, 2013), The Constitutive A Priori (2018), and dozens of published articles.