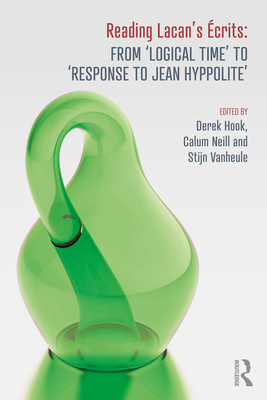 Reading Lacan's crits is the first extensive set of commentaries on the complete edition of Lacan's crits to be published in English. This third volume provides an indispensable companion piece to some of Lacan's most crucial and notoriously challenging writings, from 'Logical Time' to 'Response to Jean Hyppolite', and including 'The Function and Field of Speech', 'Variations on the Standard Treatment' and 'Presentation on Transference'.

With the contributions of some of the world's most renowned Lacanian scholars and analysts - such as Bernard Burgoyne, Marc De Kesel and Russell Grigg - this volume encompasses a series of systematic, paragraph-by-paragraph commentaries which not only contextualize, explain and interrogate Lacan's arguments, but afford the reader multiple interpretive routes through the complete edition of Lacan's most labyrinthine of texts.

As there is no existing set of exhaustive commentaries on Lacan's crits available in English, this volume acts as an essential and incisive reference-text for psychoanalysts and psychoanalytic psychotherapists in training and in practice, as well as philosophers, cultural theorists and literary, social science and humanities researchers. Considering the significance of crits as a landmark in the history of psychoanalysis, this far-reaching and accessible guide will sustain and continue to animate critical engagement with one of the most challenging intellectual works of the twentieth century.

Derek Hook is an Associate Professor and clinical supervisor in Psychology at Duquesne University and an Extraordinary Professor of Psychology at the University of Pretoria. He is the author of A Critical Psychology of the Colonial and Six Moments in Lacan. He is co-editor of Lacan and Race (with Sheldon George) and of Fanon, Phenomenology & Psychology (with Leswin Laubscher and Miraj U. Desai). Calum Neill is an Associate Professor of Psychoanalysis and Cultural Theory at Edinburgh Napier University. He is the author of Without Ground: Lacanian Ethics and the Assumption of Subjectivity, Ethics and Psychology: Beyond Codes of Practice and Jacques Lacan: The Basics. With Derek Hook, he edits the Palgrave Lacan Series.Stijn Vanheule is a Clinical Psychologist and a Professor of psychoanalysis and clinical psychology at Ghent University, Belgium. He is also a privately practising psychoanalyst and a member of the New Lacanian School for Psychoanalysis. He is the author of The Subject of Psychosis: A Lacanian Perspective and Psychiatric Diagnosis Revisited - From DSM to Clinical Case Formulation.