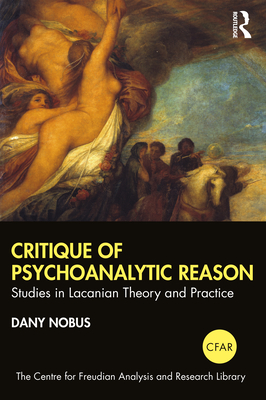 The highly arcane "wisdom" produced by the French psychoanalyst Jacques Lacan is either endlessly regurgitated and recited as holy writ by his numerous acolytes, or radically dismissed as unpalatable nonsense by his equally countless detractors. Contrary to these common, strictly antagonistic yet uniformly uncritical practices, this book offers a meticulous critique of some key theoretical and clinical aspects of Lacan's expansive oeuvre, testing their consistency, examining their implications, and investigating their significance.

In nine interrelated chapters, the book highlights both the flaws and the strengths of Lacan's ideas, in areas of investigation that are as crucial as they are contentious, within as well as outside psychoanalysis. Drawing on a vast range of source materials, including many unpublished archival documents, it teases out controversial issues such as money, organisational failure, and lighthearted, "gay" thinking, and it relies on the highest standards of scholarly excellence to develop its arguments. At the same time, the book does not presuppose any prior knowledge of Lacanian psychoanalysis on the part of the reader, but allows its readership to indulge in the joys of in-depth critical analysis, trans-disciplinary creative thinking, and persistent questioning.

This book will appeal to researchers and students alike in psychoanalytic studies and philosophy, as well as all those interested in French theory and the history of ideas.

Dany Nobus is Professor of Psychoanalytic Psychology at Brunel University London, UK, Founding Scholar of the British Psychoanalytic Council, and former Chair and Fellow of the Freud Museum London. His previous books include Thresholds and Pathways Between Jung and Lacan: On the Blazing Sublime (edited with Ann Casement and Phil Goss, 2021), The Law of Desire: On Lacan's 'Kant with Sade' (2017) and Knowing Nothing, Staying Stupid: Elements for a Psychoanalytic Epistemology (with Malcolm Quinn, 2005).