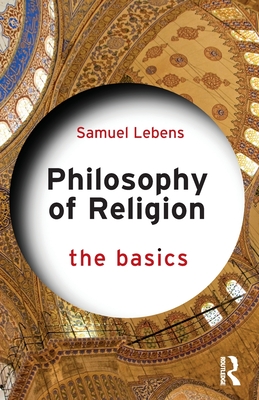 This book introduces students and other interested readers to the philosophy of religion--a vibrant and growing field of academic philosophy. Readers will be guided through an exploration of classic and contemporary arguments for and against theism. In addition to this crucial, but standard fare, this book looks to probe deeper into the nature and value (or dis-value) of religion itself. Philosophy of religion is becoming more diverse, both in terms of the religious traditions it examines, and the issues that it addresses. This book reflects that fact, engaging with religious traditions from Quakerism to Jainism. Questions and topics covered include:

With a glossary of key terms and suggestions for further reading, Philosophy of Religion: The Basics is an ideal starting point for anyone seeking a lively and accessible foray into the study of religion or philosophy.

Samuel Lebens teaches philosophy at the University of Haifa. His previous books are Bertrand Russell and the Nature of Propositions (Routledge, 2017) and The Principles of Judaism (Oxford UP, 2020). His research interests span metaphysics, philosophy of fiction, philosophy of religion, and more. He is also an Orthodox Rabbi. His website is www.samlebens.com .