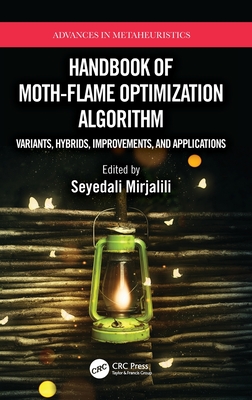 Handbook of Moth-Flame Optimization Algorithm: Variants, Hybrids, Improvements, and Applications provides an in-depth analysis of this algorithm and the existing methods in the literature to cope with such challenges.

This handbook will interest researchers in evolutionary computation and meta-heuristics and those who are interested in applying Moth-Flame Optimization algorithm and swarm intelligence methods overall to different application areas.

Seyedali Mirjalili is a Professor at Torrens University Center for Artificial Intelligence Research and Optimization and internationally recognized for his advances in nature-inspired Artificial Intelligence (AI) techniques. He is the author of more than 300 publications including five books, 250 journal articles, 20 conference papers, and 30 book chapters. With more than 50,000 citations and H-index of 75, he is one of the most influential AI researchers in the world. From Google Scholar metrics, he is globally the most cited researcher in Optimization using AI techniques, which is his main area of expertise. Since 2019, he has been in the list of 1% highly-cited researchers and named as one of the most influential researchers in the world by Web of Science. In 2021, The Australian newspaper named him as the top researcher in Australia in three fields of Artificial Intelligence, Evolutionary Computation, and Fuzzy Systems. He is a senior member of IEEE and is serving as an editor of leading AI journals including Neurocomputing, Applied Soft Computing, Advances in Engineering Software, Computers in Biology and Medicine, Healthcare Analytics, and Applied Intelligence.