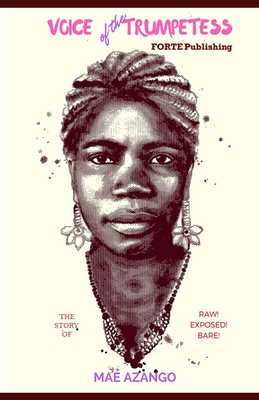 
Not On Our Shelves—Ships in 1-5 Days
(This book cannot be returned.)
Whilst navigating the minefield of rights advocacy, Mae Azango has been skipping a few mines of her own. In her explosive new book, Voice of the Trumpetess, she shows us why her passion burns for those whose stories she tells-she can empathize with them. In a shocking revelation, her brush with rape, her physical, psychological and even sexual abuse. In her fearless signature, she unclosets her demons, in a raw, provocative yet reflective narrative. She trumpets the horrors of her own past.
Mae Azango is a multi-award winning Liberian journalist and female activist. She is known for her reports on female genital mutilation (FGM), which helped suspend the practice in Liberia. Azango is the daughter of Robert G.W. Azango, an Associate Justice of the Supreme Court of Liberia who was dragged and beaten by members of National Patriotic Front of Liberia, later dying from his injuries. Mae Azango later became a refugee. She returned to Liberia in 2002 and began work as a journalist. Topics of her reporting included abortion, illegal mining, rape, teen pregnancy. Ms. Azango is a recipient of the International Press Freedom Award of the Committee to Protect Journalists. In 2011, Azango won a grant from the US-based Pulitzer Center on Crisis Reporting for her work on "under-reported stories" in "human interest and developmental journalism". She lives in Liberia where she continues to advocate for female and child rights.