Ronald Laing: The rise and fall and rise of a radical psychiatrist (Paperback) 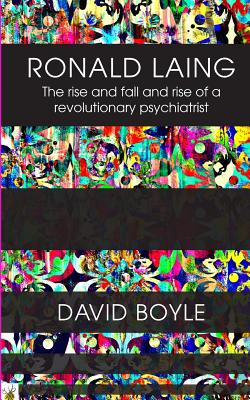 Ronald Laing: The rise and fall and rise of a radical psychiatrist (Paperback)


Not On Our Shelves—Ships in 1-5 Days
(This book cannot be returned.)
Featured in the new film Mad to be Normal, the radical psychiatrist R. D. Laing took the world by storm in the 1960s and 1970s with his ideas about madness, families and people's need for authenticity. At the height of his fame he could fill stadiums like Bob Dylan, and often did so. He became an icon of the movement that held psychiatry to be an agency of repression, his phrases on a million hippy T-shirts. Then he fell from grace, flung out of the medical profession, and his influence has been waning since. His basic ideas have been regarded as having been discredited. Yet, despite this, his influence is also everywhere - but largely unnoticed and unremarked. This book tells the extraordinary human story of his struggle, first with the authorities as a psychiatrist in the army and then a series of mental hospitals. It explains his extraordinary influence in the context of the upheavals of those psychedelic days - and it looks at what we can still learn from Laing today. Boyle finds he still has an unexpectedly potent message.
David Boyle is a historian specialising in the history of ideas, in economics and money. He also always wanted an excuse to write about the 1970s, and writing about R. D. Laing gave him the perfect excuse to look at the extraordinary ferment of new ideas that took hold during that momentous decade.