Safe Is Not an Option (Paperback) 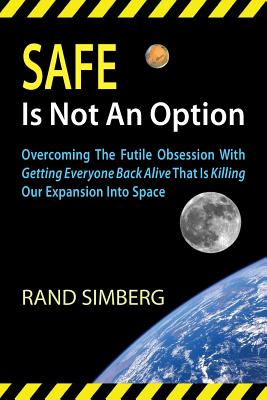 Safe Is Not an Option (Paperback)


Not On Our Shelves—Ships in 1-5 Days
The history of exploration and establishment of new lands, science and technologies has always entailed risk to the health and lives of the explorers. Yet, when it comes to exploring and developing the high frontier of space, the harshest frontier ever, the highest value is apparently not the accomplishment of those goals, but of minimizing, if not eliminating, the possibility of injury or death of the humans carrying them out. For decades since the end of Apollo, human spaceflight has been very expensive and relatively rare (about 500 people total, with a death rate of about 4%), largely because of this risk aversion on the part of the federal government and culture. From the Space Shuttle, to the International Space Station, the new commercial crew program to deliver astronauts to it, and the regulatory approach for commercial spaceflight providers, our attitude toward safety has been fundamentally irrational, expensive and even dangerous, while generating minimal accomplishment for maximal cost. This book entertainingly explains why this means that we must regulate passenger safety in the new commercial spaceflight industry with a lighter hand than many might instinctively prefer, that NASA must more carefully evaluate rewards from a planned mission to rationally determine how much should be spent to avoid the loss of participants, and that Congress must stop insisting that safety is the highest priority, for such insistence is an eloquent testament to how unimportant they and the nation consider the opening of this new frontier. About the Author Rand Simberg is a recovering aerospace engineer with over a third of a century of experience in the space industry. Early in his career, he accumulated over a decade of experience in engineering and management at the Aerospace Corporation in El Segundo, California and Rockwell International in Downey, California. Since leaving Rockwell in 1993, he has been a consultant in space technology and business development as well as a technology entrepreneur. He also advises on regulatory and market issues pertaining to commercial and personal spaceflight. Mr. Simberg holds multiple engineering degrees from the University of Michigan, Ann Arbor and a Masters degree in Technical Management from West Coast University in Los Angeles. He is an adjunct scholar with the Competitive Enterprise Institute, and has written many pieces for Popular Mechanics, Fox News, America Online, PJMedia, National Review, Reason magazine, The Weekly Standard, The Washington Times, and TCSDaily, among others. He has also written extensive essays on space policy and technology for the quarterly journal, The New Atlantis.