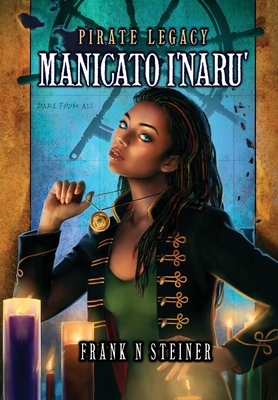 
Not On Our Shelves—Ships in 1-5 Days
Until she fell into the trap, Lilith didn't know her ancestry extended back to a woman who was a pirate, a priestess, and a scientific pioneer. A drug cartel suspected she descended from the Voodoo Priestess and lured her and her coworkers to New Orleans to be interrogated.Lilith was the last inclusion for the convention team's trip to the Big Easy. The team didn't expect their gift shop clerk held a family heirloom, which led to a pirate treasure. As they solved the trail of clues, it became clear the prize they sought was beyond the traditional pirate haul of gold and gems.While the nine-hole golf course underwent an extensive expansion into a premier golf resort, Lilith and her coworkers travelled throughout the Caribbean to find answers. Their journeys would leave indelible scars and waves of destruction, which resulted in the birth of the Manicato I'naru'.AJ de Faria hired Lilith to join his growing staff during the country club's infancy. His CEO, Tayen, guided Lilith into finding a leadership role and expand her responsibilities in the business. The odd occurrences in New Orleans were first attributed to the shady pasts of AJ and Tayen, but after an encounter with a Catholic Priest, they learned Lilith was the cause for their peculiar circumstances.Charlotte, Lilith's girlfriend, and Scott, the IT guy, assist Lilith and her bosses in her quest to find the treasure and get the drug cartel and foreign governments off her back.