Out of the Devil's Cauldron (Paperback) 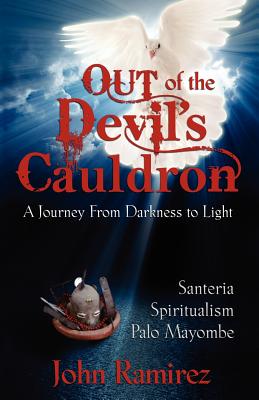 Out of the Devil's Cauldron (Paperback)


Not On Our Shelves—Ships in 1-5 Days
(This book cannot be returned.)
Have you ever wondered if Satan is real? In his book Out of the Devil's Caldron: A Journey from Darkness to Light, John Ramirez tells the story of how he was trained to be the third-ranked high priest of a satanic cult in New York City-casting powerful witchcraft spells and controlling entire spiritual regions. But what started as a long spiral into the underworld ended in a miraculous encounter with Jesus Christ that changed the course of his life. Let John Ramirez walk you through the dark alleys of this world as he uncovers the hidden secrets of darkness through his powerful testimony. People from all ethnic backgrounds dabble in the occult and fall victim to this satanic underworld, never seeing the way out. John Ramirez is one in a million who made it out. John Ramirez is a sought-out speaker by many who want to hear of his involvement in the highest levels of the occult and how he got out. He speaks at churches, schools, rallies, and conferences-both secular and Christian-and has been a featured guest on TV and radio programs. He can be reached at JohnRamirez@org.