The Socionomic Theory of Finance (Hardcover) 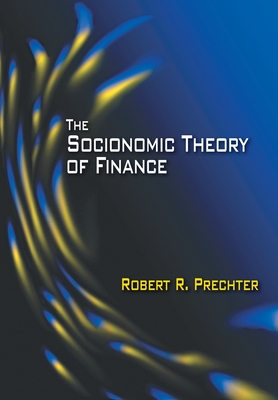 The Socionomic Theory of Finance (Hardcover)

The Socionomic Theory of Finance is a 13-year-long effort by Robert Prechter. It includes supporting chapters from twelve other scholars, writers, researchers and analysts. In contrast to the dismal science of economics, Prechter's theory is original, exciting and intellectually fulfilling. Every chapter rebuts conventions and offers ground-breaking insights in presenting a cohesive model with real-world application. The book draws a crucial distinction between finance and economics and ties both fields to human social behavior. Top reviewers from multiple disciplines have offered acclaim. Professor Terry Burnham calls it "the best book ever written on financial markets." In time, STF will transform the thinking of every individual in the world of finance. Read it and be among the first.