On the Banks of the Pee Dee: The Ancestry of Mary Gladys Jordan Sells (Paperback) 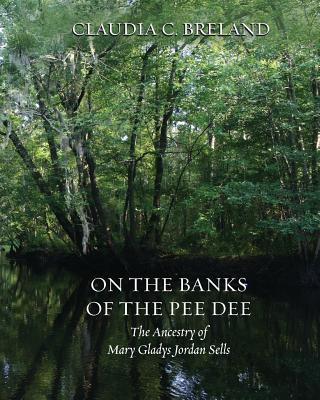 On the Banks of the Pee Dee: The Ancestry of Mary Gladys Jordan Sells (Paperback)

Mary Gladys Jordan was born in Anson County, North Carolina in 1912, the oldest daughter of 17-year old Hallie Walters and her husband Oscar Jordan. Hallie died when Mary was seven years old, and so with her father's consent, Mary was adopted by a childless couple, Rev. James Franklin and Betty (Smith) Sells. Mary Gladys Jordan Sells married Jethro Benson Thompson and had nine children before she died in 1980.

Mary may not have known it, but she had deep roots in North Carolina. On both sides she had great-grandfathers who fought in the War of Northern Aggression. Surnames in her family tree include Jordan, Walters, Mask, Kiker, Stacy, and Williams. This is their story.