Hodding Carter: The Reconstruction of a Racist (Paperback) 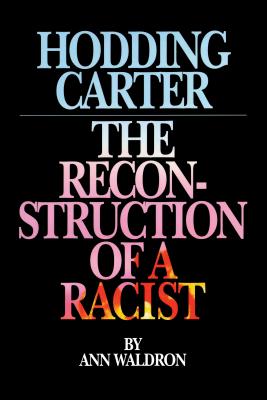 Hodding Carter: The Reconstruction of a Racist (Paperback)

Using his little daily paper to battle for equality before the law and an end to the mistreatment of black people, Hodding Carter took on the power structure of the state of Mississippi. Castigated by politicians, denounced by his fellow editors, threatened with economic reprisal and physical violence, he drew the wrath of everyone from the country club to the crossroads store. What kind of man was this who stuck to his guns for what he believed, in the face of anger and vitriol, destestation and denuciation? Ann Waldron tells the story of a colorful, complex, combative man who in his college years was an outspoken white supremacist, but later changed his mind, spending the bulk of his life advocating for racial justice and finding himself on the unpopular sides of many political and social issues. No uncritical eulogy, this book re-creates the passionate life, public and private, of a flawed but authentic American hero.