The Kybalion: A Study of The Hermetic Philosophy of Ancient Egypt and Greece (Hardcover) 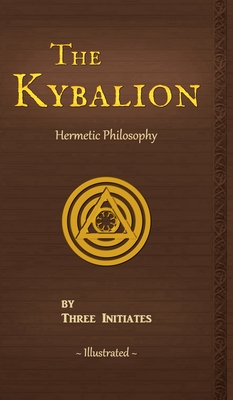 The Kybalion: A Study of The Hermetic Philosophy of Ancient Egypt and Greece (Hardcover)

By Three Initiates, Summum (Foreword by)

This is an illustrated edition of an occult classic, with an intriguing and thought-provoking foreword by Summum. Since 1908, The Kybalion has served as a study of basic Hermetic teachings that outline an ageless wisdom and touch upon the inner workings of nature. In ancient times and even today, these teachings were not understood by the lay person, but were readily understood by students, after the axioms and principles had been explained and exemplified by the Hermetic Initiates and Masters to their Neophytes.

"The purpose of this work is not the enunciation of any special philosophy or doctrine, but rather is to give to the students a statement of the Truth that will serve to reconcile the many bits of occult knowledge that they may have acquired, but which are apparently opposed to each other and which often serve to discourage and disgust the beginner in the study. Our intent is not to erect a new Temple of Knowledge, but rather to place in the hands of the student a Master-Key with which he may open the many inner doors in the Temple of Mystery through the main portals he has already entered." -- The Kybalion