Death of a Dustman: A Hamish MacBeth Mystery (Hardcover) 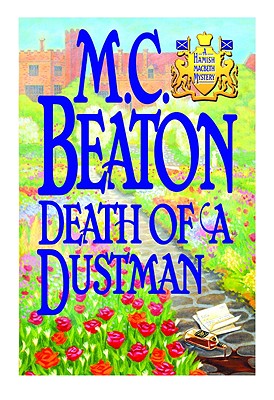 Death of a Dustman: A Hamish MacBeth Mystery (Hardcover)

This is book number 16 in the A Hamish Macbeth Mystery series.

Death of a Dustman: A Hamish Macbeth Mystery

The garbage collectors in Britain are still called dustmen, and Lochdubh's dustman is an abusive drunk named Fergus Macleod. When Fergus is put in charge of a recycling center and dubbed the "environment officer," Constable Hamish Macbeth smells trouble. Sure enough, Fergus soon becomes a bullying tyrant with his new power. And after his body is found stuffed in a recycling bin, no one's sorry-including his long-suffering family. But Macbeth is surprised to find that many of the despicable dustman's victims refuse to talk. And when violence strikes again, the lanky lawman must quickly unearth the culprit among a litter of suspects . . . before a killer makes a clean getaway.
M. C. Beaton has won international acclaim for her New York Times bestselling Hamish Macbeth mysteries. The BBC has aired 24 episodes based on the series. Beaton is also the author of the bestselling Agatha Raisin series, which will air as an eight-episode dramatic series on Sky1, starring Ashley Jensen. She lives in the Cotswolds with her husband. For more information, you can visit MCBeaton.com.