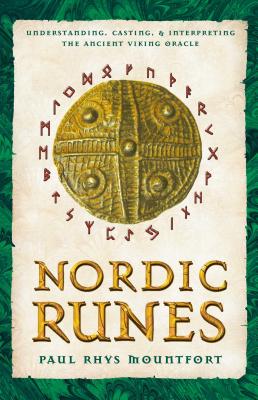 • Reveals the symbolism and divinatory significance of the 24 rune "staves"

• Provides clear instructions on how to craft your own rune stones

Nordic runes are a potent and profoundly transformative magic system that gives contemporary readers access to the ancient wisdom tradition of Northern European cultures. The runes have deep resonances within the pagan Norse world of gods and goddesses, giants, dwarves, warriors, and wizards, which have greatly influenced the work of J.R.R. Tolkien, among others. Norse tradition attributes the discovery of the runes to the "All-Father" Odin--a god of inspiration and secret wisdom and the mythical prototype for runecasters, who established the pattern for gaining his knowledge.

Nordic Runes addresses three major areas: Runelore, the history of this 2000-year-old Norse oracle; Runestaves, the meaning of the individual runes of the Elder Futhark alphabet and their powerful mythological, magical, and practical lessons for daily life; and Runecasting, a comprehensive guide to the oracular application of the ancient runes, including their crafting, divination, and self-development. As Nordic Runes shows, the runes do more than simply reflect the path of fate; they help develop and enhance intuition. By learning to cast and interpret the runes, the user becomes receptive to the energy currents in material reality and empowered in the arts of its transformation.
Paul Rhys Mountfort is a writer, researcher, and workshop leader specializing in oracles and the Celtic and Norse traditions. He is the author of Ogam: The Celtic Oracle of the Trees. Active in the contemporary pagan community, he lives with his partner and son on Waiheke Island, in the Hauraki Gulf of Auckland, New Zealand.
"The runes have an entire mythology and history, all of which is meticulously explained in Paul Mountfort's Nordic Runes."
— Dell Magazines, October 2003

"Nordic Runes by Paul Rhys Mountfort serves as an excellent guide for those wishing to understand and utilize the runes. . . . His tome is comprehensive and rests firmly on a solid foundation of scholarship. It is also user friendly and fun to read."
— Thor the Barbarian, Nemeton, Jan 2006

"More than just a clinical textbook on rune work, this book was a pleasure to read. . ."
— Roxanne, The Beltane Papers, April 2004