The House with Round Windows: A Memoir (Paperback) 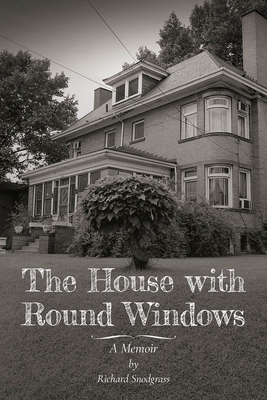 The House with Round Windows: A Memoir (Paperback)


In Stock—Click for Locations
A personal, poetic counterpoint to the work of W.D. Snodgrass.

The poems of W. D. Snodgrass, based on events from his troubled family life—particularly the death of a beloved sister—directly influenced Robert Lowell, Anne Sexton, Sylvia Plath, and changed mid-twentieth century American poetry. Now his younger brother, Richard Snodgrass, who experienced those family events as well, masterfully weaves a counterpoint of personal stories, family history, and his own photographs into his work that reminds the reader that there are many sides to any story, that every unhappy family is unhappy in its way, and—perhaps most terrible of all—that everyone has their reasons.

Richard Snodgrass is the author of There’s Something in the Back Yard, the Books of Furnass, Kitchen Things, and An Uncommon Field: The Flight 93 Temporary Memorial.

“Succinct and poignant, The House with Round Windows is a memoir that packs an emotional and visual punch as it peeps into ‘the Brothers Snodgrass’s’ family world.”

“The House with Round Windows is a book of interiors. The writer/photographer Richard Snodgrass recreates the people and accumulation of objects among which he and his brother, the poet W. D. Snodgrass, managed to grow to manhood. Words and pictures take us into a sometimes weird, funny, and mysteriously beautiful world of error, sadness, recrimination, and the hint of forgiveness.”
— Lore Segal, author of Other People’s Houses