My Shenandoah: The Story of Captain Robert S. Douglas and His Schooner (Paperback) 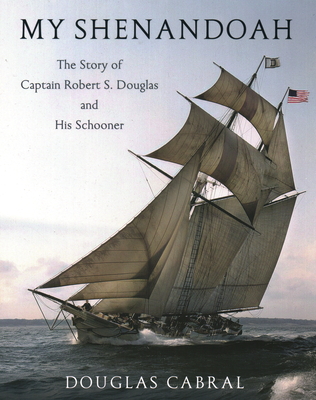 My Shenandoah: The Story of Captain Robert S. Douglas and His Schooner (Paperback)

This is thetrue story of a majestic square-rigged schooner and the sailor who conceived,built, and commanded her for more than half a century.

The sailor is Robert S. Douglas. Son of an advisor to presidents, he might have joined the family business. He might have become a rancher or a jet aircraft pilot. Each of these might have called him, but each failed to capture his devoted attention. Instead, this Midwesterner made a singular and historic seagoing vision the centerpiece of his life’s work. He became the builder, owner, and captain of the engineless topsail schooner he refers to simply as “my Shenandoah.”

Doug Cabral has lived on Martha’s Vineyard for more than fifty years. Robert Douglas lured him there, and the attractions of the place, the people, and the sailing kept him there. For most of that time he has been a newspaper editor and owner, eight years as managing editor of the Vineyard Gazette and twenty-eight as editor and, beginning in 1991, owner of The Martha’s Vineyard Times.In 2016, he published an amiable memoir entitled News Hounds: An Accidental Newspaper Life on Martha’s Vineyard. He retired from The Times in 2014 and lives in Vineyard Haven with his wife, Molly, and pugs Scout and Squish.