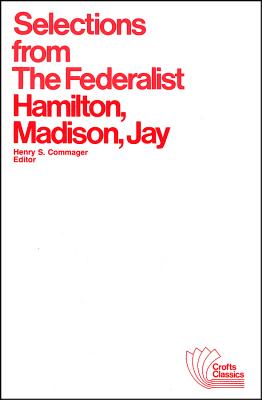 These essays on the Constitution were written by busy men in the midst of an active public and professional life, written with immense haste, and without proper time for consultation.... Yet even when they first appeared, the Federalist papers were recognized as the best explanation of and defense of the Constitution available, and they took their place, almost at once, as a classic. Jefferson-no Federalist himself-pronounced the volume, when it appeared, the best commentary on the principles of government which has ever been written.-From the Introduction by Editor, Henry S. Commager. Includes bibliography.