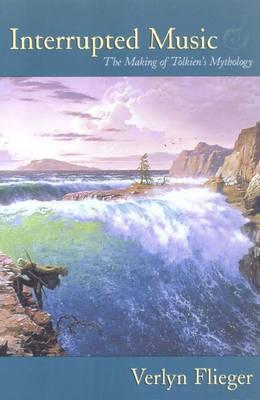 The content of Tolkien's mythology, the Silmarillion, has been the subject of considerable exploration and analysis for many years, but the logistics of its development have been mostly ignored and deserve closer investigation.

Nineteenth- and twentieth-century scholars understood the term mythology as a gathering of song and story that derived from and described an identifiable world. Tolkien made a continuous effort over several years to construct a comprehensive mythology, to include not only the stories themselves but also the storytellers, scribes, and bards who were the offspring of his thought.

In Interrupted Music Flieger attempts to illuminate the structure of Tolkien's work, allowing the reader to appreciate its broad, overarching design and its careful, painstaking construction. She endeavors to "follow the music from its beginning as an idea in Tolkien's mind through to his final but never-implemented mechanism for realizing that idea, for bringing the voices of his story to the reading public." In addition, Flieger reviews attempts at mythmaking in the history of English literature by Spenser, Milton, and Blake as well as by Joyce and Yeats. She reflects on the important differences between Tolkien and his predecessors and even more between Tolkien and his contemporaries.

This in-depth study will fascinate those interested in Tolkien and fantasy literature.