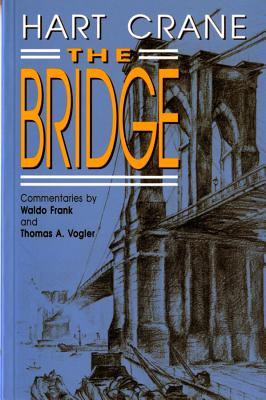 Like Whitman, Hart Crane strove in his poetry to embrace America, to distill an image of America.

Begun in 1923 and published 1930, The Bridge is Crane's major work. "Very roughly," he wrote a friend, "it concerns a mystical synthesis of 'America' . . . The initial impulses of 'our people' will have to be gathered up toward the climax of the bridge, symbol of our constructive future, our unique identity."

Hart Crane may well remain as the greatest poet produced by American since Walt Whitman and Emily Dickinson. . . . His imaginative intensity, his flashes of imagery, his Elizabethan grandeur, make his rich black verse eclipse most of the poetry written in English since Yeats.
— Henri Peyre - New York Times Book Review