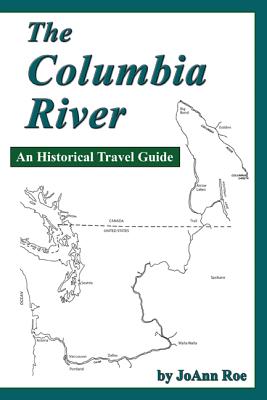 
Special Order—Subject to Availability
Teeming with the history of the Pacific Northwest, the mighty Columbia River is one of the longest rivers in North America. Surprisingly, however, this 1243-mile-long river begins not in the familiar Columbia River Gorge separating Washington and Oregon but rather 1000 miles upstream, near the British Columbia-Alberta border. Long before Capt. Robert Gray discovered the river's entrance in 1792 near what is today Astoria, it served as a water highway and a critical source of food for Native people and the earliest Hudson's Bay Company pioneers. Today it continues to function as a watercourse for barges and ships carrying commercial goods to the world. Explore with David Thompson, who discovered the source of the river. Meet the real people who call the Columbia River shores their home.
JoAnn Roe, a widely published journalist, is the author of seventeen books, one of which was the basis of a documentary for Japanese television. She is a member of the Society of American Travel Writers and the recipient of the Pacific Northwest Booksellers Award, the Governor's Award, and other honors.