The San Juan Islands: Into the 21st Century (Paperback) 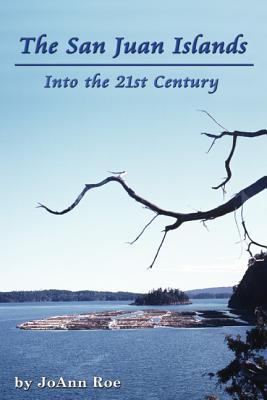 The San Juan Islands: Into the 21st Century (Paperback)


Special Order—Subject to Availability
"Distributed by the University of Nebraska Press for Caxton Press"
The 172 San Juan Islands of Washington State are the uppermost remains of a mountain range that once separated the fifty miles between Vancouver Island and mainland Washington. Its valleys today are saltwater channels and open waters that seamlessly melt into the Canadian Gulf Islands and the Inside Passage to Alaska. Some forested mountains soar skyward to 2,409 feet with their bases plunging underwater to great depths. Kaiser Wilhelm of Germany negotiated a boundary agreement between Britain and the United States in 1872, after a period called the "Pig War," about which much has been written. Within the last seventy-five to one hundred years, however, modern life has overtaken the sixteen thousand residents of these isolated islands. The explosion of second homes and tourism that swells the population during at least six months of the year has made the changes in this idyllic region even more pronounced.

From a fifty-year resident's viewpoint, "The San Juan Islands: Into the 21st Century" examines this remote yet oft-visited northwest corner of Washington State. The author tells of farming lavender rather than wheat and alpacas rather than cattle; of interisland boats and barges that still fight stormy seas and riptide; of the development of reliable medical care only during the 1950s; of the emphasis today on sensible land management, the orca whales that are native to the area, and the former and current identity of these island people. JoAnne Roe explores both the history and the presentday life of this unique and alluring region.

An award-winning author of a dozen books, JoAnn Roe has lived in the western United States all her life and continues to write about the people and history of the West.