The Perfectability of a Man (Paperback) 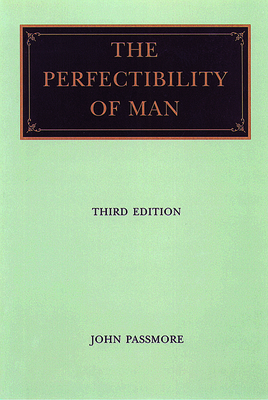 The Perfectability of a Man (Paperback)

A reviewer of the original edition in 1970 of The Perfectibility of Man well summarizes the scope and significance of this renowned work by one of the leading philosophers of the twentieth century: "Beginning with an analytic discussion of the various ways in which perfectibility has been interpreted, Professor Passmore traces its long history from the Greeks to the present day, by way of Christianity, orthodox and heterodox, the Renaissance, the Enlightenment, anarchism, utopias, communism, psychoanalysis, and evolutionary theories of man and society. Both in its broad sweep and in countless supporting reflections, it is a journey through spiritual scenery of the most majestic and exhilarating kind." Thoroughly and elegantly, Passmore explores the history of the idea of perfectibility--manifest in the ideology of perfectibilism--and its consequences, which have invariably been catastrophic for individual liberty and responsibility in private, social, economic, and political life.

John Passmore served for many years as a Professor of Philosophy at Australian National University.