Where the Roots Reach for Water: A Personal and Natural History of Melancholia (Paperback) 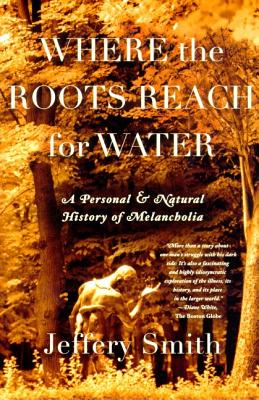 Where the Roots Reach for Water: A Personal and Natural History of Melancholia (Paperback)

Jeffery Smith was living in Missoula, Montana, working as a psychiatric case manager when his own clinical depression began. Eventually, all his prescribed antidepressant medications proved ineffective. Unlike so many personal accounts, Where the Roots Reach for Water tells the story of what happened to Smith after he decided to give them up. Trying to learn how to make a life with his illness, Smith sets out to get at the essence of--using the old term for depression--melancholia.

Deftly woven into his "personal history" is a "natural history" of this ancient illness. Drawing on centuries of art, writing and medical treatises, Smith finds ancient links between melancholia and spirituality, love and sex, music and philosophy, gardening, and, importantly, our relationship with landscapes.

Jeffery Smith was born in West Virginia. He lives with his wife, Lisa Werner, in the Appalachian foothills of Coshocton County, Ohio. Where the Roots Reach for Water is his first book.

“More than a struggle about one man's struggle with his dark side: It's also a fascinating and highly idiosyncratic exploration of the illness, its history, and its place in the larger world.” —Diane White, The Boston Globe

“Jeffrey Smith has written a gripping personal memoir of melancholia . . . He throws wonderful curve balls at his topic, using creative devices and poetic writing to get at the depth and range of depression.” —Cynthia Crossen, The Wall Street Journal