The Scent of Eucalyptus: A Missionary Childhood in Ethiopia (Paperback) 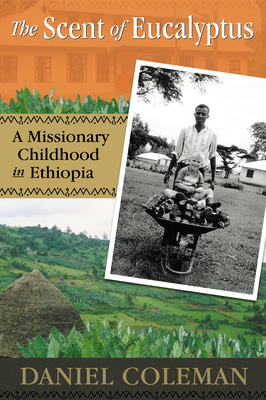 The Scent of Eucalyptus: A Missionary Childhood in Ethiopia (Paperback)

The fair-haired child of Canadian missionary parents, Daniel Coleman grew up with an ambivalent relationship to the country of his birth. He was clearly different from his Ethiopian playmates, but because he was born in Ethiopia and knew no other home, he was not completely foreign. Like the eucalyptus, a tree imported to Ethiopia from Australia in the late 19th century to solve a firewood shortage, he and his missionary family were naturalized transplants. As ferenjie, they endlessly negotiated between the culture they brought with them and the culture in which they lived.

In The Scent of Eucalyptus, Coleman reflects on his experience of "in-between-ness" amid Ethiopia's violent political upheavals. His intelligent and finely crafted memoir begins in the early 1960s, during the reign of Haile Selassie. It spans the king's dramatic fall from power in 1974, the devastating famines of the mid-1970s and early 1980s, and Mengistu Haile Mariam's brutal 20-year dictatorship.

Through memoir and reflection, The Scent of Eucalyptus gives a richly textured view of missionary culture that doesn't yield to black-and-white analysis.