Chief Rabbi Hertz: The Wars of the Lord (Hardcover) 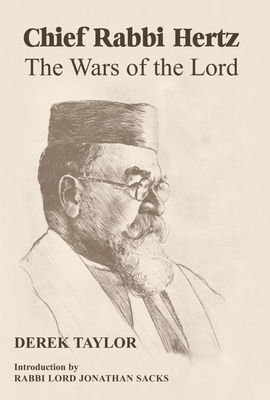 Chief Rabbi Hertz: The Wars of the Lord (Hardcover)


Special Order—Subject to Availability
(This book cannot be returned.)
Chief Rabbi Joseph Herman Hertz (1872-1946), perhaps Britain's greatest Chief Rabbi, led his community through two World Wars and was instrumental in the rescue of Jewish refugees from Nazism. He published many books and edited the seminal Hertz Chumash. Rabbi Hertz was a founder of the Council of Christians and Jews. As well, he was the first Jew to be made a "Companion of Honour" and was the first Chief Rabbi to make a radio broadcast. This book recounts Rabbi Hertz's battles to maintain the Orthodox affiliation of his community and the authority of the Chief Rabbinate in Britain, against the powerful opposition of his own Honorary Officers at the United Synagogue. *** "This is an important book for understanding Rabbi Hertz and British Jewry in general. I learned a great deal about how the British experience both contrasts and mirrors the American experience. I recommend this book for all libraries..." -- AJL Reviews, February/March 2015 [Subject: Biography, History, Jewish Studies, Religious Studies]Ã?Â?Ã?Â?