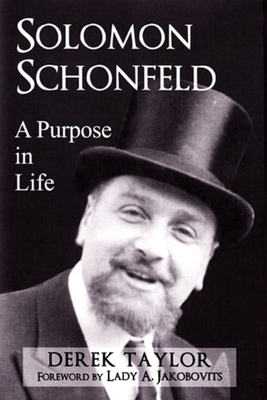 By Derek J. Taylor, A. Jakobovits (Foreword by)


Special Order—Subject to Availability
For nearly fifty years, Rabbi Dr. Solomon Schonfeld was a controversial figure in British Jewry, after he took over the fledgling Charedi Union of Hebrew Congregations from his late father in 1933. Against all the odds, this charismatic rabbi built up the foundations of the organization until it was equal to the other traditional Jewish power bases. He also saved many thousands of lives organizing the immigration of refugees from the Continent before and after the war. He transformed the attitude of the Jewish community in Britain towards Jewish education. His Jewish Secondary School Movement provided the proof that it was possible to combine an extensive curriculum in Jewish studies with a secular curriculum, rigorous enough to take a disproportionate percentage of the pupils to the best universities in the country and into the professions. These massive achievements were only attained by overcoming an enormous amount of opposition from the Jewish establishment, and persuading successive governments to bend the rules. They were achieved by a man who had the necessary combination of conviction and determination to overcome constant financial difficulties, obdurate and inflexible opponents, and daunting personal problems. Many of the fascinating figures who dominated Anglo-Jewry over these years are presented in the book. The fiery Chief Rabbi, Joseph Hertz, Schonfeld's greatest supporter; the inspiring educationalist, Judith Grunfeld; the powerful and antagonistic head of the United Synagogue, Sir Robert Waley Cohen; Schonfeld supporters such as impressario Victor Hochhauser, politician Joe Lobenstein, and a young refugee who eventually became Lord Jakobovits. Schonfeld's victory against all the odds is a fascinating story and long overdue. Chaim Bermant, one of the great Jewish writers, once described Schonfeld as 'One of G-d's Cossacks'. The story that unfolds in the book is very often that dramatic.