Confessions of a Serial Biographer: New and Expanded Edition (Paperback) 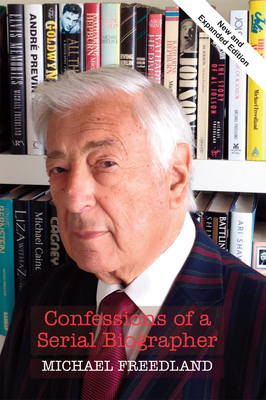 Confessions of a Serial Biographer: New and Expanded Edition (Paperback)


Special Order—Subject to Availability
Confessions of a Serial Biographer is the story (or rather the stories) of Michael Freedland, a man who has mingled with celebrities since he was a teenage junior newspaper reporter. He has been involved with some of the iconic names of Hollywood and showbiz in general - people like Fred Astaire, Gregory Peck, and Andre Previn, all of whom cooperated in his biographies. Then, there was a wide spectrum that ranged from the comedic duo Morecambe and Wise, to Ella Fitzgerald, to say nothing of Leonard Bernstein and Bob Hope. His most recent biography was a best-selling study of the life of Dean Martin, titled King of the Road. This second edition is an autobiography of a biographer of more than 30 books, who, while still at school, was captivated by the voice of a singer called Al Jolson. Yet, this is not just a story of smooth, friendly relations with Michael Freedland's subjects, because James Cagney sued him in the New York courts and Mr. Peck tried to stop his book. Freedland won in both cases. Additionally, it is the story of politicians like Harold Wilson, Alec Douglas Home, ...and even Tony Blair, to whom Michael Freedland gave some early media training. This is also the tale of a radio program called You Don't Have To Be Jewish, which, after 23 years, became the longest running regional broadcast in Britain. [Subject: Memoir]