The Worlds of Wolf Mankowitz : Between Elite and Popular Cultures in Post-War Britain (Hardcover) 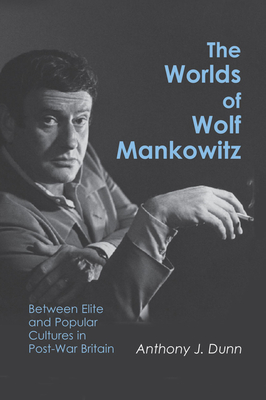 The Worlds of Wolf Mankowitz : Between Elite and Popular Cultures in Post-War Britain (Hardcover)


Special Order—Subject to Availability
(This book cannot be returned.)
Wolf Mankowitz, that high-profile and pugnacious participant in the cultural life of 1950s and 1960s London, was a man of so many parts one scarcely knows where to begin. Mankowitz was an acknowledged expert on Wedgwood china (one of his special talents was to make this abstruse and specialized subject read like a detective story in The Portland Vase); the writer of film scripts such as A Kid for Two Farthings; a street trader; one of the founders of the Pickwick Club in Great Newport Street; a novelist; Professor of English at the University of New Mexico; a writer of short stories, plays, history, musicals, and more. He even became Honorary Consul to the Republic of Panama in Dublin. This first biography of Mankowitz reveals a writer from the Jewish East End who had the confidence and the ability to exercise his talents in many fields. He was a close associate of Orson Welles, Peter Sellers, and Sophia Loren, and this biography offers fresh insights into their characters and careers. Proud of his Jewish heritage and equally proud of the years he spent as a scholarship boy at Cambridge, this book presents the full story of the twists and turns he made to accommodate these dual influences, and it recounts the story of a man for whom writing was the very essence of his existence. Mankowitz's enduring relevance is highlighted by the recent 50th anniversary of James Bond. He was one of the screenwriters for the first Bond film, Doctor No, and also wrote the screenplay for Casino Royale. Ironically, his private life was in itself worthy of a Bond plot, as he was under lengthy investigation by MI5 after having married a member of the Communist Party, and he was suspected of being a Communist agent. Mankowitz was kept under surveillance for his contacts with the London editor of Tass, the Soviet news agency, and his involvement with the Anglo-Soviet Friendship Society. However, the investigation was dropped after he cancelled a visit to Russia in 1957. [Subject: Biography, Jewish Studies, British Studies, Cultural Studies, Theater Studies, Media Studies]