Sir Sigmund Sternberg: The Knight with Many Hats (Hardcover) 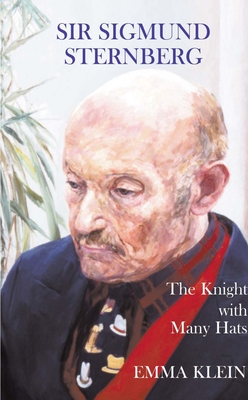 Sir Sigmund Sternberg: The Knight with Many Hats (Hardcover)


Special Order—Subject to Availability
(This book cannot be returned.)
Sir Sigmund Sternberg was born and raised in a comfortable middle-class family in Hungary. On the eve of the World War II, as an 18-year old, Sternberg was forced to flee his home. He joined his extended family in Britain, helping his cousin Solomon Schonfeld in his attempts to rescue children from Germany. As an enemy alien, Sternberg's options for earning a living were extremely limited, as he was not allowed to seek paid employment. Undaunted, he began to trade in scrap metal, and, from these small beginnings, he built up a company so successful that, by 1965, even though he was relatively young, he was able to sell most of his business interests to devote his time to charitable interests. Sir Sigmund Sternberg has made a unique contribution to the furtherance of relations between Christians and Jews. He breathed new life into the Council of Christians and Jews, and went on to found, together with the Rev. Marcus Braybrooke and the late Sheikh Dr. Zaki Badawi, the Three Faiths Forum, which has brought Muslims into the sphere of interfaith dialogue. He has received innumerable awards for his endeavors, including a knighthood, a papal knighthood, and the Templeton Prize for Progress in Religion. This authorized biography offers fascinating insights into Sir Sigmund Sternberg's family, friends, and colleagues. The book documents the philanthropy and charitable work that he has devoted his life toward. It explores the public and private life of one of the pillars of the Jewish and wider community.