Selenidad: Selena, Latinos, and the Performance of Memory (Paperback) 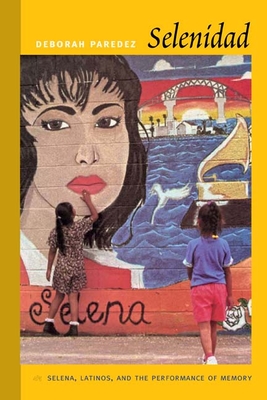 Selenidad: Selena, Latinos, and the Performance of Memory (Paperback)


Not On Our Shelves—Ships in 1-5 Days
An outpouring of memorial tributes and public expressions of grief followed the death of the Tejana recording artist Selena Quintanilla P rez in 1995. The Latina superstar was remembered and mourned in documentaries, magazines, websites, monuments, biographies, murals, look-alike contests, musicals, drag shows, and more. Deborah Paredez explores the significance and broader meanings of this posthumous celebration of Selena, which she labels "Selenidad." She considers the performer's career and emergence as an icon within the political and cultural transformations in the United States during the 1990s, a decade that witnessed a "Latin explosion" in culture and commerce alongside a resurgence of anti-immigrant discourse and policy.

Paredez argues that Selena's death galvanized Latina/o efforts to publicly mourn collective tragedies (such as the murders of young women along the U.S.-Mexico border) and to envision a brighter future. At the same time, reactions to the star's death catalyzed political jockeying for the Latino vote and corporate attempts to corner the Latino market. Foregrounding the role of performance in the politics of remembering, Paredez unravels the cultural, political, and economic dynamics at work in specific commemorations of Selena. She analyzes Selena's final concert, the controversy surrounding the memorial erected in the star's hometown of Corpus Christi, and the political climate that served as the backdrop to the touring musicals Selena Forever and Selena: A Musical Celebration of Life. Paredez considers what "becoming" Selena meant to the young Latinas who auditioned for the biopic Selena, released in 1997, and she surveys a range of Latina/o queer engagements with Selena, including Latina lesbian readings of the star's death scene and queer Selena drag. Selenidad is a provocative exploration of how commemorations of Selena reflected and changed Latinidad.

Deborah Paredez is Assistant Professor of Theatre and Dance at the University of Texas, Austin.