Food for the Dead: On the Trail of New England's Vampires (Paperback) 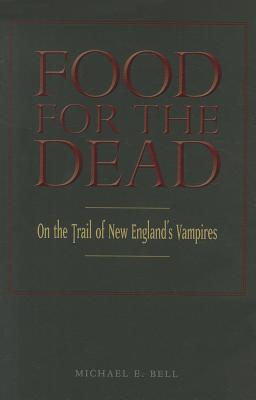 Food for the Dead: On the Trail of New England's Vampires (Paperback)

For nineteenth-century New Englanders, vampires lurked behind tuberculosis. To try to rid their houses and communities from the scourge of the wasting disease, families sometimes relied on folk practices, including exhuming and consuming the bodies of the deceased. Author and folklorist Michael E. Bell spent twenty years pursuing stories of the vampire in New England. While writers like H. P. Lovecraft, Henry David Thoreau, and Amy Lowell drew on portions of these stories in their writings, Bell brings the actual practices to light for the first time. He shows that the belief in vampires was widespread, and, for some families, lasted well into the twentieth century. With humor, insight, and sympathy, he uncovers story upon story of dying men, women, and children who believed they were food for the dead. This Wesleyan paperback edition includes an extensive preface by the author unveiling some of the new cases he's learned about since Food for the Dead was first published in 2001.
MICHAEL E. BELL was the consulting folklorist at the Rhode Island Historical Preservation & Heritage Commission in Providence. He has served as a scholar or consultant on numerous projects for the media, particularly those concerned with folklore, folk art, oral history, and humanities programs for young adults. He splits his time between Pawtuxet Village, Rhode Island and McKinney, Texas.