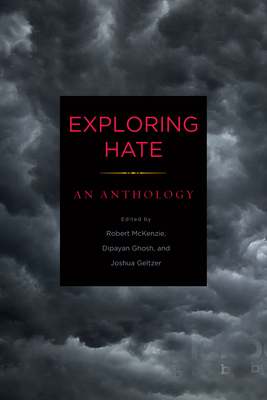 Charlottesville. Pittsburgh. New Zealand. The threat of real-world violence from hateful extremism is growing. In the wake of these and other attacks, there is an increasing public outcry for governments, tech companies, and others to address the deadly effects of hate-inspired violence. As extremists and hate groups become savvier at mobilizing through social media, there will be ever more intense calls for stronger, swifter responses. Yet these responses must be based on research and data, rather than fear and intuition. In order to formulate the right responses, there are still many unanswered questions that must be addressed.

What are the actual constellations and contours of hate groups in the United States? What types of hateful content are being promulgated by these groups, and how? Beyond specific groups, how should we think about broader networks of hate? What are the dynamics of connection between online activities and real-world violence? When and where are hateful activities most pernicious and threatening? What impact do major incidents of hate have on individuals and communities? And what can been done to provide more support to impacted individuals and communities?

In an attempt to answer these vexing questions, Joshua Geltzer, Dipayan Ghosh, and Robert McKenzie have curated a diverse set of essays from scholars, public intellectuals, community leaders, policymakers, religious clerics, tech industry officials, and victims themselves. Taken together, these essays not only explore the different manifestations and consequences of hate today but also offer concrete and actionable solutions. Exploring Hate: An Anthology is uniquely positioned to shape and drive a vital public conversation on the issue of hate. As the global public grapples with emergent and evolving forms of hate, this volume will provide a guide for understanding that hate--and the options for addressing it.

Joshua Geltzer is the founding Executive Director of the Institute for Constitutional Advocacy and Protection and a Visiting Professor of Law at Georgetown University Law Center as well as an ASU Future of War Fellow at New America. His government service includes serving as Senior Director for Counterterrorism at the National Security Council; Deputy Legal Adviser to the National Security Council; and Counsel to the Assistant Attorney General for National Security at the U.S. Department of Justice. He served as a law clerk to Justice Stephen Breyer of the U.S. Supreme Court.Dipayan Ghosh is Pozen Fellow and codirector of the Platform Accountability Project at the Shorenstein Center on Media, Politics, and Public Policy at the Harvard Kennedy School. Previously, Ghosh was Privacy and Public Policy Adviser at Facebook. Earlier, he served as Technology and Economic Policy Adviser at the White House during the Obama administration, in both the Office of Science and Technology Policy and the National Economic Council.Robert McKenzie is a Director and Senior Fellow at New America and adjunct professor at Columbia University. Before joining New America, McKenzie was a Visiting Fellow and nonresident Senior Fellow at the Brookings Institution. Previously, McKenzie served as Senior Adviser for countering violent extremism at the U.S. Department of State.