Islam, Revival, and Reform: Redefining Tradition for the Twenty-First Century (Modern Intellectual and Political History of the Middle East) (Paperback) 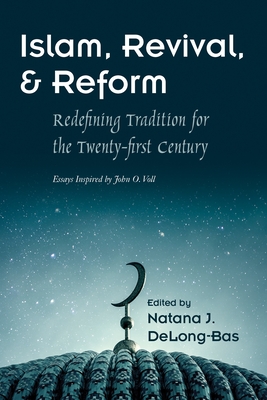 Islam, Revival, and Reform: Redefining Tradition for the Twenty-First Century (Modern Intellectual and Political History of the Middle East) (Paperback)


Not On Our Shelves—Ships in 1-5 Days
Rooted in the world historical methodology of John O. Voll, this collection brings together a diverse group of scholars to investigate the ongoing impact of revival and reform movements beginning in the eighteenth century and continuing through to the present. Ranging from the MENA region to Africa, India, and China, and covering a variety of religious interpretations, from scripturalist to Sufism, these essays offer new perspectives on movements including the Wahhabis of Arabia, the Sokoto Caliphate, the neo-Sufism of Shah Wali Allah of Delhi, Sufi scholars and networks on the African continent, and the Muslim Brotherhood. Contributors explore encounters between Islamic revival and reform and modernity with a focus on the ways in which Islamic reforms influence the political sphere. Concluding with contemporary reinterpretations of Islam in the digital arena, this volume examines, but also moves beyond, texts to include embodiments of religious practice, the development of religious culture and education, and attention to women's contributions to education, cultural production, and community building.
Natana J. DeLong-Bas is associate professor of the practice in theology at Boston College. She is the author of numerous books, including Islam: A Living Faith and Notable Muslims: Muslim Builders of World Civilizations and Culture.