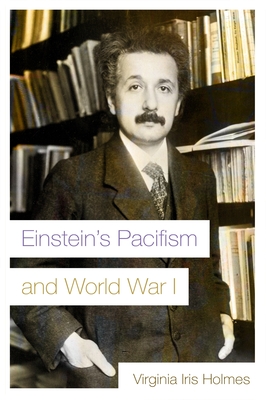 To understand how Albert Einstein's pacifist and internationalist thought matured from a youthful inclination to pragmatic initiatives and savvy insights, Holmes gives readers access to Einstein in his own words. Through his private writings, she shows how Einstein's thoughts and feelings in response to the war evolved from horrified disbelief, to ironic alienation from both the war's violence and patriotic support for it by the German people, to a kind of bleak endurance. Meanwhile, his outward responses progressed, from supporting initiatives of other pacifists, to developing his own philosophy of a postwar order, to being the impetus behind initiatives.

In the beginning of the postwar period, Einstein's writing reflected an optimism about Germany's new Weimar Republic and trust in the laudatory effects of military defeat and economic hardship on the German people. He clearly supported the principles in US President Woodrow Wilson's Fourteen Points speech. Yet Einstein's enthusiasm diminished as he became disappointed in the early Weimar Republic's leaders and as his aversion to the culture of violence developing in Germany grew. He also felt offended at the betrayal of Wilson's principles in the Treaty of Versailles. Drawing upon personal correspondence and public proclamations, Holmes offers an intimate and nuanced exploration of the pacifist thought of one of our greatest intellectuals.
Virginia Iris Holmes served as senior research editor for the Einstein Papers Project at the California Institute of Technology from 2002 to 2008. She has taught courses on the Holocaust and world history at Western New England University and the State University of New York at Cortland.