The Ethics of Liberty (Paperback) 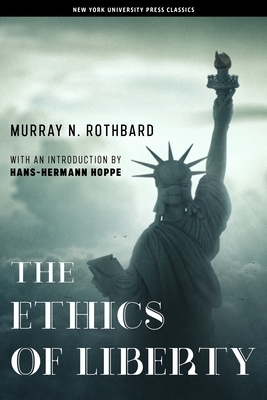 The Ethics of Liberty (Paperback)

The authoritative text on the libertarian political position

In recent years, libertarian impulses have increasingly influenced national and economic debates, from welfare reform to efforts to curtail affirmative action. Murray N. Rothbard's classic The Ethics of Liberty stands as one of the most rigorous and philosophically sophisticated expositions of the libertarian political position. Rothbard's unique argument roots the case for freedom in the concept of natural rights and applies it to a host of practical problems. And while his conclusions are radical--that a social order that strictly adheres to the rights of private property must exclude the institutionalized violence inherent in the state--Rothbard's applications of libertarian principles prove surprisingly practical for a host of social dilemmas, solutions to which have eluded alternative traditions. The Ethics of Liberty authoritatively established the anarcho-capitalist economic system as the most viable and the only principled option for a social order based on freedom. This classic book's radical insights are sure to inspire a new generation of readers.
The author of numerous books, the late Murray N. Rothbard (1926-1995) was the S. J. Hall Distinguished Professor of Economics at the University of Nevada, Las Vegas, and Academic Vice President of the Ludwig von Mises Institute.