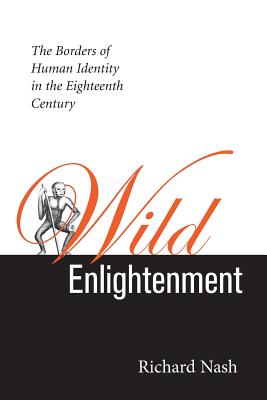 Wild Enlightenment charts the travels of the figure of the wild man, in each of his guises, through the invented domain of the bourgeois public sphere. We follow him through the discursive networks of novels, broadsheets, pamphlets, and advertisements and through their material locations at fair booths, the Royal Society, Court, and Parliament. He leads us on in various disguises: as Tyson's Orang-Outang, Swift's Yahoos, and Defoe's Robinson Crusoe. Yet Richard Nash is not primarily telling a story of the English gentleman abroad in the realm of the wild man; instead Nash explores the wild man abroad in the realm of the English gentleman. His is the tale of the wild man as complex alter ego to the idealized abstraction of "the citizen of the Enlightenment."

Nash eloquently argues that following the movements of the wild man through the public sphere helps illuminate the process by which an abstract figure comes to constitute human nature. He contends that expressions such as wild man and noble savage operated as much more than metaphors: if anything, the trajectory was not one of a metaphor being taken literally but rather of the extant terminology's actually shaping preconceptions by which real beings were observed and recognized by Europeans. Throughout his account, Nash insists on attending to the traffic between literary accounts and real material beings.

Shifting perspective from the thematic approach of intellectual history to a more eclectic cultural criticism, Nash introduces a refreshing means to understanding both the figures of the wild man and the citizen of the Enlightenment in the eighteenth century.

Richard Nash, Associate Professor of English at Indiana University, is the author of John Craige's Mathematical Principles of Christian Theology.