Connecting the Covenants: Judaism and the Search for Christian Identity in Eighteenth-Century England (Jewish Culture and Contexts) (Hardcover) 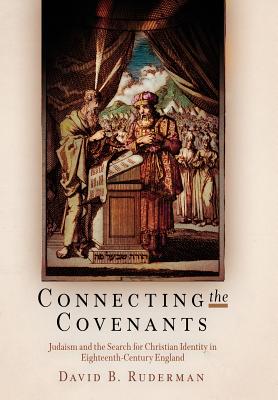 Connecting the Covenants: Judaism and the Search for Christian Identity in Eighteenth-Century England (Jewish Culture and Contexts) (Hardcover)

By David B. Ruderman

The first few decades of the eighteenth century witnessed an important moment in Jewish-Christian relations, as influential Christian scholars increasingly looked to Jewish texts to reveal the truths of their own faith. To what extent could postbiblical writings help them better understand the New Testament? And who would best be able to explicate these connections?

Connecting the Covenants focuses on two separate but entwined stories, the first centering around the colorful character of Moses Marcus. The English-born son of wealthy parents and the grandson of the famous autobiographical author Glikl of Hameln, Marcus was a prominent Jew educated in the Ashkenazic yeshivah at Hamburg. On New Year's Day, 1723, Marcus was baptized as a Christian, later publishing a justification of his conversion and a vindication of his newly discovered faith in a small book in London. A trophy convert, he was promoted by figures at the highest levels of the Anglican Church as a cultural mediator between Judaism and Christianity. His modest successes in the world of the elite clerical establishment were followed, however, by conspicuous failures, both intellectual and material. The second story that David Ruderman tells emerges against the background of Marcus's professional decline. In the end, the prize convert proved to be a theologian of limited ability, far outstripped in sophistication and openness to rabbinic learning by a circle of Enlightenment Protestant scholars. It was not the Jew who had abjured Judaism who was willing or able to apply the Mishnah and Talmud to Christian exegesis, but figures such as William Whiston, Anthony Collins, William Wotton, and the Dutch scholar William Surenhusius who seized upon the ways to connect the covenants.
David B. Ruderman is Joseph Meyerhoff Professor of Modern Jewish History and Ella Darivoff Director of the Center for Advanced Judaic Studies at the University of Pennsylvania. He is the author of many books including Jewish Thought and Scientific Discovery in Early Modern Europe and Jewish Enlightenment in an English Key: Anglo-Jewry's Construction of Modern Jewish Thought, winner of the Koret Jewish Book Award in History.