The Sound the Stars Make Rushing Through the Sky: The Writings of Jane Johnston Schoolcraft (Paperback) 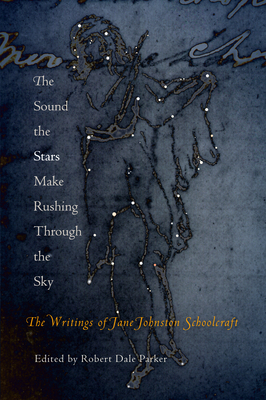 The Sound the Stars Make Rushing Through the Sky: The Writings of Jane Johnston Schoolcraft (Paperback)


Not On Our Shelves—Ships in 1-5 Days
Introducing a dramatic new chapter to American Indian literary history, this book brings to the public for the first time the complete writings of the first known American Indian literary writer, Jane Johnston Schoolcraft (her English name) or Bamewawagezhikaquay (her Ojibwe name), Woman of the Sound the Stars Make Rushing Through the Sky (1800-1842). Beginning as early as 1815, Schoolcraft wrote poems and traditional stories while also translating songs and other Ojibwe texts into English. Her stories were published in adapted, unattributed versions by her husband, Henry Rowe Schoolcraft, a founding figure in American anthropology and folklore, and they became a key source for Longfellow's sensationally popular The Song of Hiawatha. As this volume shows, what little has been known about Schoolcraft's writing and life only scratches the surface of her legacy. Most of the works have been edited from manuscripts and appear in print here for the first time. The Sound the Stars Make Rushing Through the Sky presents a collection of all Schoolcraft's extant writings along with a cultural and biographical history. Robert Dale Parker's deeply researched account places her writings in relation to American Indian and American literary history and the history of anthropology, offering the story of Schoolcraft, her world, and her fascinating family as reinterpreted through her newly uncovered writing. This book makes available a startling new episode in the history of American culture and literature.
Robert Dale Parker is Professor of English at the University of Illinois at Urbana-Champaign. He is the author of several books, including The Invention of Native American Literature.