Experience and Empiricism: Hegel, Hume, and the Early Deleuze (Studies in Phenomenology and Existential Philosophy) (Paperback) 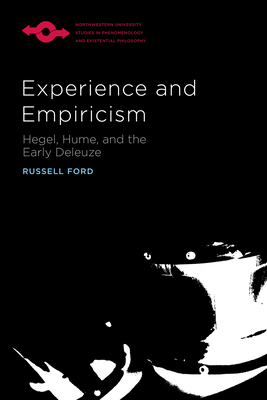 Experience and Empiricism: Hegel, Hume, and the Early Deleuze (Studies in Phenomenology and Existential Philosophy) (Paperback)

Despite the wide reception Gilles Deleuze has received across the humanities, research on his early work has remained scant. Experience and Empiricism remedies that gap with a detailed study of Deleuze’s first book, Empiricism and Subjectivity, which is devoted to the philosophical project of David Hume. Russell Ford argues that this work is poorly understood when read simply as a stand-alone study on Hume. Its significance only becomes apparent within the context of a larger problematic that dominated, and continues to inform, modern European philosophy: the conceptual constitution of a purely immanent account of existence. While the importance of this debate is recognized in contemporary scholarship, its genealogy—including Deleuze’s place within it—has been underappreciated. This book shows how Deleuze directly engages in an ongoing debate between his teachers Jean Wahl and Jean Hyppolite over experience and empiricism, an intervention that restages the famous encounter between rationalism and empiricism that yielded Kant’s critical philosophy. What, Deleuze effectively asks, might have happened had Hume been the one roused from his empirical dogmatic slumber by the rationalist challenge of Kant?

RUSSELL FORD is a professor of philosophy at Elmhurst University. He has edited Why So Serious: On Philosophy and Comedy and translated Such a Deathly Desire by Pierre Klossowski.
“This book will transform how we understand Deleuze’s relationship to empiricism. Offering a masterful close reading and a meticulous account of Deleuze’s interpretation of Hume, Russell Ford demonstrates how this interpretation intervened in the major debates among French philosophical circles in the first half of the twentieth century.” —Alan D. Schrift, author of Twentieth-Century French Philosophy: Key Themes and Thinkers

“It is no exaggeration when I say that I wish I had written Experience and Empiricism. Russell Ford has reconstructed the historical context in which Deleuze emerged as a philosopher and an original thinker. But Ford has done more. On the basis of the reconstructed historical context, he provides a penetrating reading of Deleuze first book, on David Hume’s philosophy. Ford’s Experience and Empiricism is a must read for anyone interested in twentieth century French thought.” —Leonard Lawlor, author of Thinking through French Philosophy: The Being of the Question

“Ford not only offers a new interpretation of Deleuze’s first book on Hume, but he paints a compelling portrait of intellectual ferment of the post-war period in which it was written, and the influence that figures such as Alexandre Kojève, Jean Hyppolite, Alexandre Koyré, and Jean Wahl exerted on the young Deleuze. Ford's book will become the defining study of this early period of Deleuze’s career.” —Daniel W. Smith, author of Essays on Deleuze